Today, individuals have quite a range of poker variant options they can choose from. In draw poker games (the most common of which is the five-card draw), players are dealt a complete hand which can be improved by replacing cards. Meanwhile, players receive a mix of face-up cards and face-down cards in stud poker variants. Finally, community card poker games enable players to share their cards. Texas Hold’em is one of the most renowned and challenging community card poker games. Interestingly, this poker variant is akin to Omaha in that they both have five community cards. And by the final round— or the “showdown”— the player with the best hand wins. Despite the similarities, there are subtle distinctions that still make each poker game unique.

In this article, we’ll touch on the three differences between Texas Hold’em and Omaha:

From the get-go, the main disparity between Texas Hold’em and Omaha is the number of hole cards each player gets. Traditionally, hole cards in both games are placed face down to prevent opponents from seeing them. But whereas Texas Hold’em provides players with two-hole cards, Omaha doubles that number and starts players off with four cards.

Both Texas Hold’em and Omaha have the same principles in terms of gameplay. To start, after the cards have been distributed, players will be asked to hand in an amount. Poker.org’s guide to playing Texas Hold’em explains that players should then analyze their cards to see whether or not a hand is playable. If it is, players can either call in the existing amount or raise it. There are generally five rounds in Texas Hold’em and Omaha. Three community cards (the “flop”) are placed face up once the first round ends.

Although Texas Hold’em contains low rewards, players can enjoy its high complexity. This complexity is said to manifest in bluffing tactics. While bluffing is a common strategy employed in live poker games, it can become difficult when you’re playing Texas Hold’em (and even Omaha) through virtual platforms. To run a bluff online, we suggest installing a poker HUD (Heads-Up Display). Of course, you’ll have to make sure your laptop has a powerful processor so the software can run smoothly. For instance, the Enware gaming laptop, with speeds of 3,5GHz, can seamlessly run the application so you can identify your opponent’s bluffing strategies in Texas Hold’em. In turn, you will be better informed before checking or folding.

Ultimately, a CNBC.com interview with poker player Dan Cates outlined how an opponent’s actions can help players respond appropriately. But for Omaha, spotting your opponent’s bluff also requires keen attention on the board. After all, players are offered more outs that can complete one hand. As much as possible, observe the flop texture of the board. If you want to run a bluff, we advise against it if a board has straights, possible pairs, and two pairs. Inversely, you can attempt to run a bluff if the community cards lack opportunities for drawing hands. 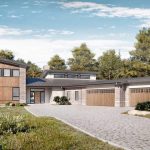 Previous Post Houses are created only once in a lifetime, and Truoba will create it. 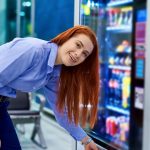 Next Post Why Vending Machines are Profitable: All You Need To Know!