In the year 2000, Metallica drummer Lars Ulrich answered questions from Slashdot’s readers. Late Friday night, the AV Club described Metallica’s appearance at the opening ceremonies for the (now online) version of Blizzard Entertainment’s annual event BlizzCon:The opening ceremonies were being broadcast online, both through the official BlizzCon page, YouTube, and Twitch. And you know what happens when licensed music gets played on the internet, don’t you, folks’ That’s right: Copyright issues! Per Uproxx, the audio of James, Lars, and the boys’ performance apparently went out as per usual on YouTube and the BlizzCon pagealthough the whole thing appears to have been excised from the YouTube upload of the event. But on Twitch… On Twitch, things did not go so well. Which is to say that, even though it was being hosted on the company’s official twitchgaming channel, the performance was ominously preceded by a chyron noting that “The upcoming musical performance is subject to copyright protection by the applicable copyright holder.” And then this happened…. Can we prove that someone at Twitch intentionally picked the dorkiest, most Zelda forest-ass music imaginable to have Metallica rock their little hearts out to, instead of broadcasting their extremely copyrighted music (and thus having to deal with the possibility of issuing one of their ubiquitous DMCA takedown notices to themselves)’ Obviously not…. On the other hand, we can prove that it is extremely funny to watch this happen, especiallyas many people have pointed outsince Metallica is at least partially responsible for the restrictive character of many online musical streaming laws that dominate the internet today, after their high-profile campaign against Napster way back at the dawn of the MP3. In other news, Diablo II is being remastered and re-released later this year.Read more of this story at Slashdot.
Click here to read full news.. 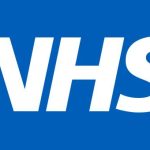 Next Post A look at the rise and fall of Xiami, Alibaba’s Chinese music streaming service, which only had 22.4M MAUs by Oct. 2020 vs. 450M+ for Tencent’s three music apps (South China Morning Post)