On the 10th anniversary of the Raspberry Pi, the Register takes a look backwardsand forwardsin a new interview Eben Upton:As for the future, a Raspberry Pi 5 is inevitable but, in a blow to those hoping for something even more exotic than the usual Broadcom Arm SoC, RISC-V isn’t on the cards, certainly not in the timeframe for the next generation of Pi. “I can’t go out today and license a RISC-V core,” says Upton, citing the current state of the ecosystem, “which is even as good as the core of the Raspberry Pi 4.” “Hopefully I will in the future,” he adds. The implosion of the Nvidia/Arm deal has also reduced the chances of a RISC-V Pi (in the 2030 timeframe), down from 20 per cent to 10 per cent, according to Upton. “The ownership of the core of the de-facto standard low-power architecture by an organisation that’s also a player was potentially very destabilising… and it was always going to be to the benefit of the obvious alternative architecture.” Upton answered questions from Slashdot’s readers before the first boards were even ready in 2012. But he already knew that the device would be wildly popular. Upton tells the Register that months before, its Debian-based operating system got 50,000 downloads, “And all you could do was run it in QEMU (there was a QEMU config you could build that was similar enough to a Raspberry Pi). “50,000 people downloaded this really primitive operating system for a machine that you couldn’t buy!”Read more of this story at Slashdot.
Click here to read full news.. 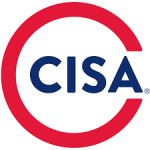