An anonymous reader shares a report: It’s safe to say WhatsApp didn’t have the ideal start to 2021. Less than a week into the new year, the Facebook-owned instant messaging app had already annoyed hundreds of thousands of users with its scary worded notification about a planned policy update. The backlash grew fast and millions of people, including several high-profile figures, started to explore rival apps Signal and Telegram. Even governments, including India’s — WhatsApp’s biggest market by users — expressed concerns. (In the case of India, also an antitrust probe.) The backlash prompted WhatsApp to offer a series of clarifications and assurances to users, and it also postponed the deadline for enforcing the planned update by three months. Now with the May 15 deadline just a week away, we are able to quantify the real-world impact the aforementioned backlash had on WhatsApp’s user base: Nada. The vast majority of users that WhatsApp has notified about the planned update in recent months have accepted the update, a WhatsApp spokesperson told TechCrunch. And the app continues to grow, added the spokesperson without sharing the exact figures.Read more of this story at Slashdot.
Click here to read full news.. 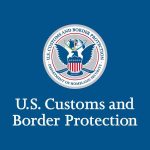