A software mistake caused a flight on Tui airlines “to take off heavier than expected,” according to The Guardian, citing an investigation by the UK’s Air Accidents Investigation BranchAn update to the airline’s reservation system while its planes were grounded due to the coronavirus pandemic led to 38 passengers on the flight being allocated a child’s “standard weight” of 35kg [77 pounds] as opposed to the adult figure of 69kg [152 pounds]. This caused the load sheetproduced for the captain to calculate what inputs are needed for take-offto state that the Boeing 737 was more than 1,200kg lighter [2,645 pounds] than it actually was. Investigators described the glitch as “a simple flaw” in an IT system. It was programmed in an unnamed foreign country where the title “Miss” is used for a child and “Ms” for an adult female. Despite the issue, the thrust used for the departure from Birmingham on 21 July 2020 was only “marginally less” than it should have been, and the “safe operation of the aircraft was not compromised”, the AAIB said. They’re still classifying it as a “serious incident”and also note that because of the same software glitch, two more UK flights also took off on the same day with inaccurate load sheets.Read more of this story at Slashdot.
Click here to read full news.. 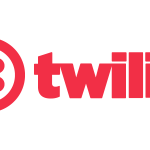 Next Post Twilio CEO Jeff Lawson calls out tech leaders for bailing on SF and being rude about it as they leave, says he is staying and working to make the city better (Heather Knight/San Francisco Chronicle)