Long-time Slashdot reader cusco shares an interesting report from IEEE Spectrum:In 2017, we first wrote about the Chinese startup Unitree Robotics, which had the goal of “making legged robots as popular and affordable as smartphones and drones.” Relative to the cost of other quadrupedal robots (like Boston Dynamics’ $74,000 Spot), Unitree’s quadrupeds are very affordable, with their A1 costing under $10,000 when it became available in 2020. This hasn’t quite reached the point of consumer electronics that Unitree is aiming for, but they’ve just gotten a lot closer: now available is the Unitree Go1, a totally decent looking small size quadruped that can be yours for an astonishingly low $2700. Speedy, good looking gait, robust, and a nifty combination of autonomous human-following and obstacle avoidance… There are three versions of the Go1: the $2700 base model Go1 Air, the $3500 Go1, and the $8500 Go1 Edu… The top of the line Edu model offers higher end computing, 2kg more payload (up to 5kg), as well as foot-force sensors, lidar, and a hardware extension interface and API access… Battery life is a big questionthe video seems to suggest that the Go1 is capable of a three-kilometer, 20-minute jog, and then some grocery shopping and a picnic, all while doing obstacle avoidance and person following and with an occasional payload. Unitree later provided the reporter more detailed specs:The battery life of the robot while jogging is about 1 hourIt weighs 12kgThe Super Sensory System includes five wide-angle stereo depth cameras, hypersonic distance sensors, and an integrated processing systemIt’s running at 16 core CPU and a 1.5 tflop GPURead more of this story at Slashdot.
Click here to read full news.. 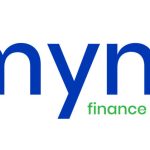 Next Post Mynt, the fintech arm of Filipino carrier Globe Telecom, says it has raised $175M in multiple tranches, bringing it post-money valuation close to $1B (Miguel Cordon/Tech in Asia)