The Dell Alienware Area-51 Threadripper Edition gaming PC was still in a pre-production stage when we reviewed it earlier this year. Although we gave you a brief overview of the system, we didn’t feel ready to conduct a complete study of it. Since we were still doing urgent alien brain transplants on it at the time, we decided to upgrade the system’s pre-production AMD Threadripper processor in order to bring it up to production silicon specifications.

Eventually, this monster Threadripper-powered Alienware system reached a point of maturity that we even used it as a megatasking demonstration vehicle for our evaluation and performance highlight of AMD Ryzen Threadripper. The Alienware team at Dell, meanwhile, was still working on the system firmware and a few new accessories to go with their most recent gaming computers. In order to review the Alienware Area-51 Threadripper Edition in what is now regarded as its final, retail-ready iteration, we are back here today. 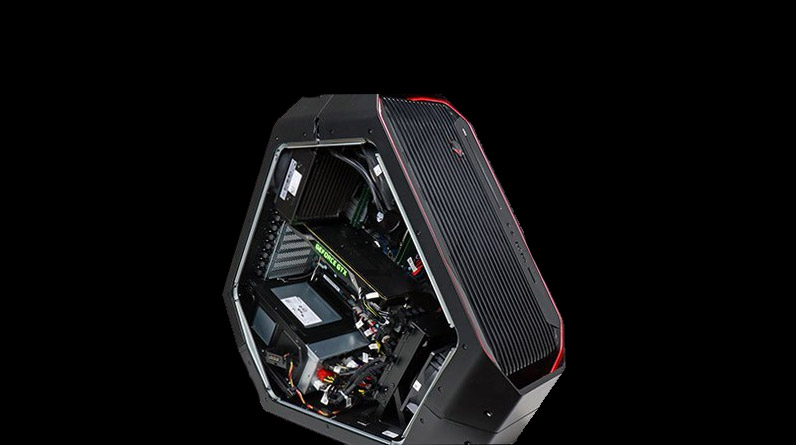 We would describe the Alienware Area-51 Threadripper Edition as a well-equipped, feature-rich computer. Support for AMD’s Ryzen Threadripper platform’s most recent innovations, such as NVMe solid state drives, quad-channel DDR4-2666MHz (and higher) memory, and multi-GPU systems, is available. For low latency gaming and packet prioritization, wired and wireless Killer Networks gaming NICs are also available. The absence of Thunderbolt 3 connectivity from this version of the Area-51 is essentially the only significant omission. Despite having a USB Type-C connector, it can only connect at a 10Gbps USB 3.1 Gen 2 rate as opposed to 40Gbps if Thunderbolt 3 was supported. Although creative pros would not need this for an external storage attachment, the connector does support 15 Watt PowerShare.

The chassis design has remained largely unchanged since we looked at our first system more than two years ago, with the addition of the bespoke Threadripper TR4 socket AiO liquid cooler. This is the R3 version of the machine.

And that’s a good thing in general. Although the choice of a chassis is certainly a matter of taste, we have a soft spot for the Area-51 Triad mid-design, tower’s which draws cool air in through its front grill and exhausts warm air out the back on a slope upward, above its graphic card cage, and in the direction that heat rises. The PSU is situated near the bottom of the system, which allows all of the subsystems that produce the most heat to exhaust out the machine’s rear while being slightly elevated for superior thermal management. 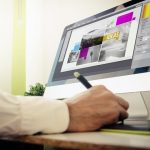 Previous Post How To Make a Good Flyer in Microsoft Word 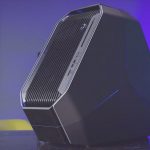